The Pisang summit (6092 m/19986ft) has been climbed in Nepal's Annapurna area in 1995 when a German expedition successfully scaled the peak of Pisang. The Pisang Peak Climb is quite challenging due to the massive boulder at the western end of the ridge. Climbing the Annapurna Circuit hike with Pisang Peak Climbing is also possible for those with minimal experience. The Pisang Peak magnificently stood above the settlement of Pisang, forming a pyramid shape at the summit.  The greatest site for setting up the base came is Kharakat (4,380m/14370ft), which we can approach by ascending through sparse woods. The Annapurna massif, which includes Tilicho Peak, Annapurna II and IV, and Ghangapurna, are all visible from Pisang Peak Climbing. We even make it across Manang valley after such a breathtaking vista. We'll have to continue our trek to Thorong Pedi, Muktinath, and Kagbeni, passing through Jharkot village.
Pisang Peak is regarded as one of the gentler climbs among Nepal's trekking peaks which begins at Besi Sahar, which is in the Marsyangdi River Valley. Along the trail, one can take in the varied flora and fauna until reaching the spectacular top of Mt. Manaslu and Lamjung Himal. When trekking from Larkya La, a major trail intersection can be found at Dharapani. The Annapurna and Damodar peaks dominate the Manang valley, which is rich in culture.
From here, we make a gentle ascent to Pisang Peak. In this part, you may see a wonderful panoramic view of the Annapurna Range. From Manang valley, the trail gradually ascends to the top of the Thorong Pass (5416m.). We could visit Muktinath Temple after crossing Thorong Pass (3802 m). The last leg of the journey takes us to Jomsom. In Jomsom, an airplane to Pokhara is also available.

When you arrive at Kathmandu International Airport, our representative will meet you and welcome you to Nepal before transporting you to your confirmed hotel. After completing the check-in process, you can rest and relax at the hotel. Later, you will be accompanied by your tour guide on a short tour of Thamel, Kathmandu's main tourist hub, to familiarize you with some good restaurants, ATMs, money changers, and other necessary places you may require during your stay in Thamel. After a brief introduction, you will be taken to the Mountain Delight office for a tour briefing. If you have any questions about your tour itinerary, you can ask the tour operator. Overnight If your arrival is late today, this tour and trip briefing will be shifted for tomorrow before starting the tour.

We will take you for a historical and heritage tour of Kathmandu valley today after breakfast. A full day sightseeing today in Kathmandu takes you to the amazing heritage sites of: Bouddhanath: It is the world's largest Buddhist stupa, located in the center of a beautiful square. The massive Buddhist shrine is an important pilgrimage site for Tibetan Buddhists. The stupa is thought to have been built in the 4th/5th centuries and has some interesting stories behind its construction. A stupa is a relic monument that is considered a sacred shrine in Buddhism, but there are several other types of stupas besides relic stupas. A stupa represents a person's journey from the material world to the world of enlightenment. Pashupatinath: It is a Hindu Temple area with a very distinct cremation culture for Hindu dead people. The temple, which is considered the most important Shiva temple in Nepal, is only open to Hindus, so non-Hindus must remain outside the temple grounds while Hindu death rites and rituals are performed. We may come across some Sadhus, or holy men, who make excellent subjects for photographs. The location is a rich spiritual and cultural resource for learning about Nepali life and rituals. Overnight stay in a hotel.

Driving Duration: 7-8 Hrs. Early departure for the 8-hour bus ride to Besisahar (850m), the trek's starting point. Your adventure has begun! You'll be fascinated by snippets of everyday life in these lowland villages as you pass through many small villages along the way. You will arrive in Besisahar in the evening. Overnight at a local inn.

Hiking Duration: 5-6 Hrs. The first day of your walk will take you across a few suspension bridges, waterfalls, up and down hill sections, across rice paddies, and through subtropical forest. The villages and people are an intriguing combination. You eventually make your way to Bahundanda (Brahmin Hills) for the night, a village set on a long ridge at 1310 m. Overnight at a local lodge.

Hiking Duration: 5-6 Hrs. After breakfast, we make our way down through Amphitheatre-shaped rice terraces, a steep vertical cliff, lush forests, and culturally interesting villages. We begin gradually walking up after crossing the Marsyangdi River suspension bridge and arrive at Jagat, where we will stop for lunch. We'll have another hour and a half of rocky trail walking to get to Chamje. Chamje is where you'll spend the night.

Hiking Duration: 5-6 Hrs. Today, you will cross a suspension bridge in the Marshyangdi River just after leaving Chamje, and you will enter the Manang district after walking up hills before reaching Tal and passing corn fields. Barley and potatoes, followed by bamboo and rhododendron forests Just after the Tal, cross the river and continue walking through the cliffy path above the river until you reach Dharapani in the late afternoon. Overnight at a local inn.

Hiking Duration: 5-6 Hrs. Today you will traverse a few steep forested landscapes, as well as several landslides; however, keep an eye up for some spectacular views of major Himalayan peaks. Today, on your way to Chame, you'll pass through some typical Tibetan villages. Chame is Manang's district headquarters. Your hotel offers stunning views of Mt. Lamjung and Annapurna II. Overnight at a local inn.

Hiking Duration: 5-6 Hrs. A narrow, steep path through a dense pine forest leads to the dramatic curved rock face, which rises 1500m above the river. The trail will be surrounded by Himalayan peaks all the way to Pisang as it opens up. Upper Pisang will require an additional half-hour climb up a large hill. Overnight at the lodge.

Today you will have a rest day here. Check and set up all the gears for climbing and acclimatized. Enjoy the whole day with very nice magnificent views of all the Annapurna’s, Gangapurna and Tilicho. Relax day. Overnight local lodge.

Hiking Duration: 3-4 Hrs. Today we start walking up towards Base camp after a day rest in Upper Pisang. From Upper Pisang village, the path ascends through sparse wood and pasture to a Kharka at (4,380m) which is considered the best place for setting up the base camp. It is in a flat alpine section along the well-worn path. Overnight stay at tent.

Hiking Duration:3-4 Hrs. Today we will be walked for 4 -5 hours and set up our high camp at the height of 5400m after climbing to a shoulder on the south west ridge. There will be snow at the high camp from the end of November to the end of March. Overnight stay at Tent.

Hiking Duration:7-9 Hrs. Today is a major day to fulfill your dream of Summit on Pisang Peak. From the High Camp, the well-defined ridge leads to the final snow slop which is quite steep and more technical to reach the summit. Our guide will fix the rope and lead you to the successful summit of the Pisang peak. After a Successful summit, you will walk down to Base Camp. Overnight at camp.

Hiking Duration: 5-6 Hrs. Today you will trek to Pisang village and then walk across the river to Manang village. There is a strong difference between the landscape and the vegetation here. The harsher environment is created by the cold, dry climate. Views of the towering Himalayan peaks are breathtaking. Manang is a wonderful mountain valley with rich customs and traditions that allows you to observe the Manang people's traditional way of life (one of the Ethnic Group people of Nepal). Overnight at a local lodge.

Hiking Duration:3-4 Hrs. Today we start trek after breakfast and leave the trail off to Tilicho Lake on the left corner and continue a short walk up to Yak Kharka, a small settlement set at 4,110m/13,484ft. we will have a gradual ascent towards a little hill and way goes more right behind the hill and reach yak Kharka. Overnight in Yak Karka (4,110 m).

Hiking Duration:3-4 Hrs. Make your way to the foot of the pass, Throng Phedi. A small places although busy settlement catering to the needs of trekkers and climbers. It is situated at the bottom of the Thorong La and the trails continually step up to Thorong la afterwards. Overnight in Throng Phedi.

Hiking Duration: 8-10 Hrs. To begin a long day's trek over the pass, it is critical to get an early start. The incredible Throng La pass (5,416 m) will be an unforgettable experience. However, the problem could arise as a result of the altitude and snow. If the pass is covered in snow, it may be difficult to cross. The views from the trail and the pass are spectacular high Himalayan scenes. We will enjoy the top with a hot cup of tea/coffee (but not available from December to February) and celebrate our success at the pass. And then begin a long descent to another part of the Annapurna, arriving in Muktinath in the evening. Muktinath is where you'll spend the night (3,800 m).

Day 17Trek down to Kagbeni:

Hiking Duration: 3-4 Hrs. Today we will have easy walking day down to Kagbeni. After 30 minute walk from Muktinath, we will arrive Jharkot, a rich village which still have similar culture and tradition like Tibet. It is probably a best village to overview the landscapes and combination of dry hills with green field. We trek further down to Kagbeni . Overnight local Lodge.

Hiking Duration: 3-4 Hrs. Today will be a pleasant walk through the Kali Gandaki River's sand bar. You can spend an hour en route looking for fossils on the riverbank while walking because finding a natural fossil from the Kaligandaki River brings you good luck. We'll take this walk before the wind picks up in the Kaligandaki Valley. Jomsom is the capital of Mustang and is home to the Thakali people, who have a rich culture and tradition. You can spend your afternoon rushing to the Jomsom Ecological Museum, which provides more information about the valley's old traditional culture, traditions, flora, and fauna. Overnight at a local lodge.

Flight Duration: 25 min. We pack our bags early in the morning and start preparing for our Trans Himalayan flight to Pokhara. The flight passes between two high peaks, Annapurna and Dhaulagiri, and provides us with the best views of the surrounding Himalayas. We have a full afternoon in Pokhara to enjoy its natural side before spending the night at a hotel in Pokhara. If you do not have time to explore the Pokhara Vall45-minute flight back to Kathmandu on the same day from Jomsom. Overnight at a local inn. ey, you can take a

We'll take a scenic drive back to Kathmandu from Pokhara today. Today's drive is a very natural drive that takes us through cultivated lands, local villages, and rafting on the river at lunch time. And we'll arrive in Kathmandu in the afternoon. In the evening, we will host our final farewell dinner at a traditional Nepalese restaurant.

As per your flight schedule, you will be transferred to the international airport of Kathmandu 3 hours prior to the flight time and your tour ends here. 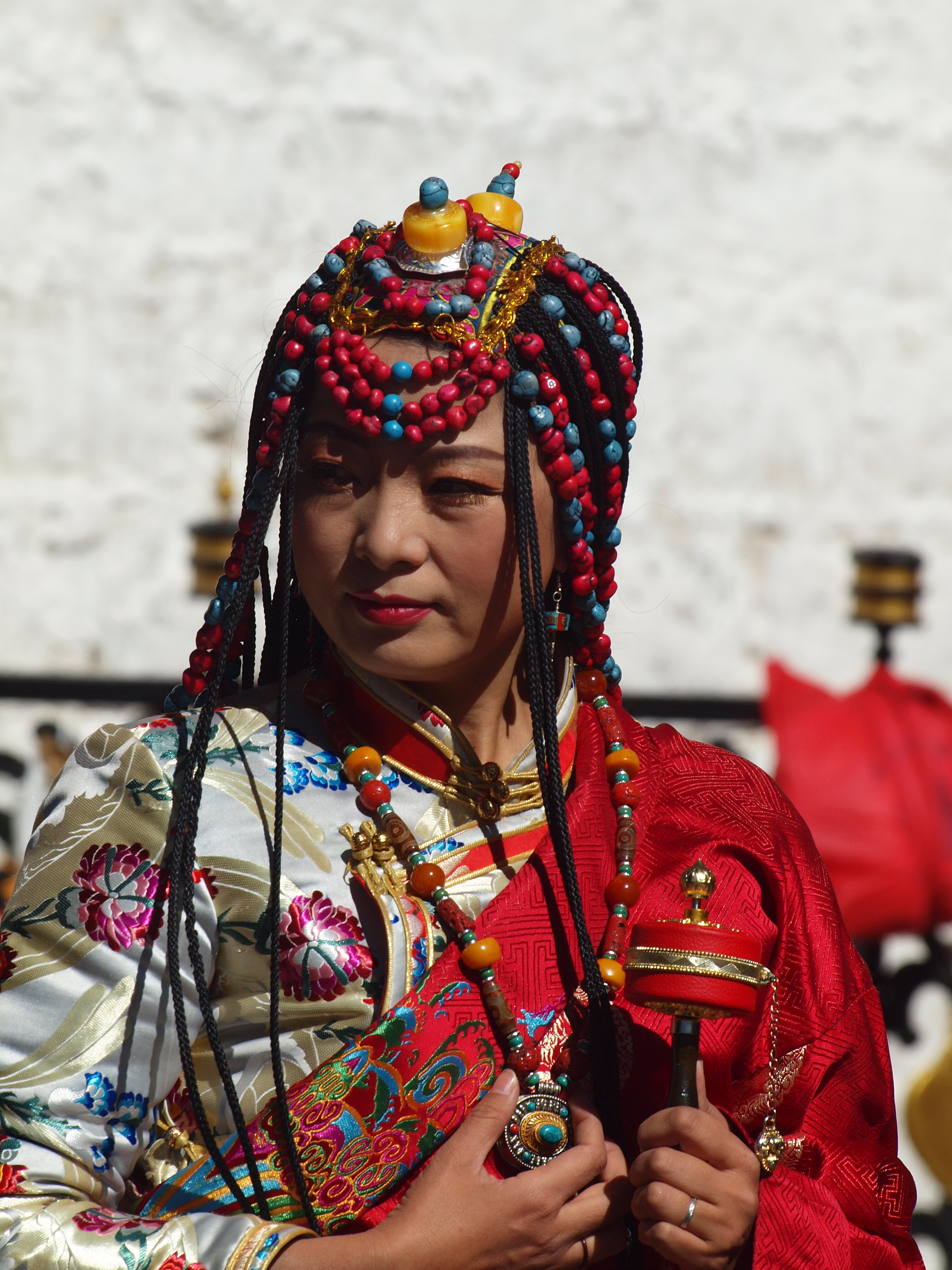